The End of the Beginning

Sunday 20th October, the billboard Campaign has now started and we are proud to be presented on billboards all over Sofia. The Italian website Planetispired.info has just posted an article about the project as well as the Bulgarian newspaper dnevnik.bg. We are very happy that our project is so warmly welcomed both in Bulgaria and abroad, and we hope that this will inspire others to do the same and help us to spread this concept all over Sofia.


Back to the actual site; Since the announcement that Food for The Earth was elected as the Bulgarian winner of the EU´s A World We Like Challenge we have prepared the area for the compost site and the surrounding area which also includes a playground for the children and a repose area for the people from the village. The Food for The Earth project is running under the bigger umbrella project Living Together, which is supported by the municipality program “Green Sofia” 2013.


The area destined for the compost site has been cleaned up and all the branches collected from the area will be shredded and go into the composters. 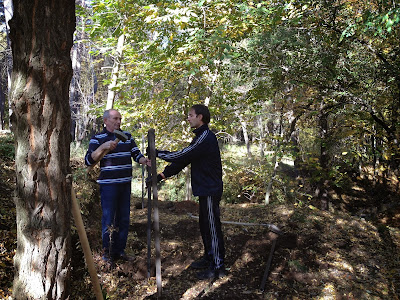 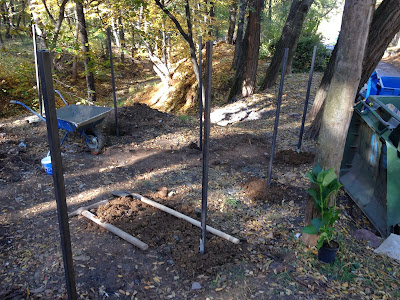 The fencing posts for a fence which will be surrounding the compost place were put up. Next to the entrance two colorful hydrangeas will be planted, as a symbol for the beauty of the act: The act of caring about our environment, by starting to compost the bio waste and thereby not only reducing the amount of waste, but turning it into something useful. 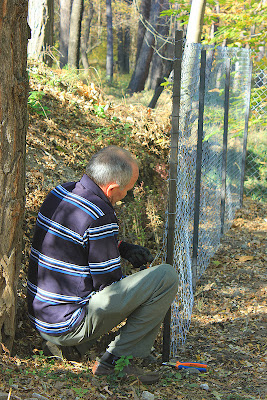 We are at the final line. As far as it is at all possible to get things finished. There is always more to add and refine so that things can be more developed.

Or…if we try to be more precise – we are at the end of the beginning. At the end, because the first neighborhood compost site in Sofia will be finished Today, Sunday October 27th. We are in the beginning, because we hope that this is only the first step and that many other neighborhood compost sites will follow – in other districts and in other cities. 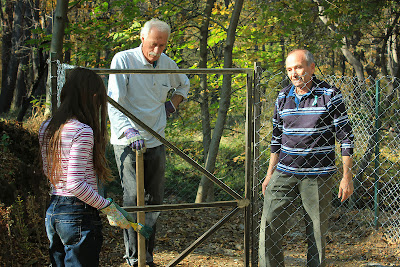 Today we got a nice surprise, the compost area got a “gift” – the door for the compost site was made as a gift from Mr. Konstantin Vasilev who is the owner of the shop where we bought all the building material. When he got to know about  “Living together” and all the voluntary efforts put in to beautify the area, he got highly surprised that there are such people in such difficult times and he decided to support us by making the door for free. It appeared to be a wonderful door, made with loving care and precision. 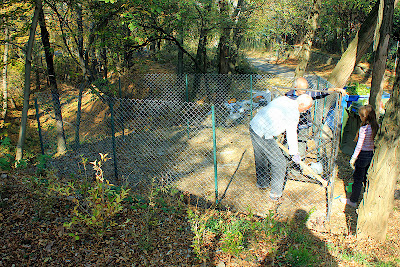 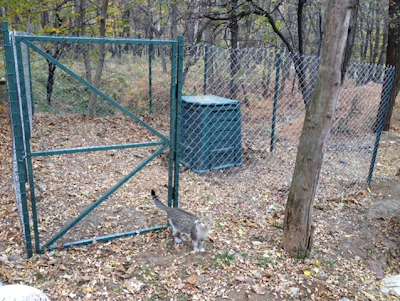 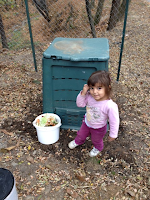 Several men tightened the net around the posts in the compost zone and installed the door. Later a group of girls paint the net. At the end of the day everything was prepared for the final and most important component, the compost containers.


In the coming days information boards will be displayed, where one can read about how and what to compost. 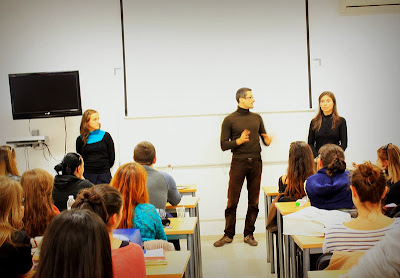 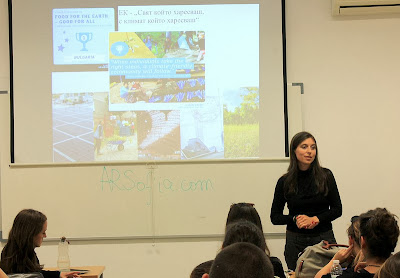 On the 7th of November the Our Neighborhood ASP was invited to present the FFE – good for all project in a New Bulgarian university in the class of professor Malchev and his students in social advertisement campaigns lecture. As a part of the education 6 different projects have been presented and the students choose one which they would like to work with. The climate change problem at the global and local level was presented by Magi Maleeva. She talked about how Bulgaria is affected by and what are the solutions. FFE is top-ranked climate solution in the EC challenge “World you like, with a climate you like” and Irena Sabewa presented the innovative social approach for climate change mitigation where locals can contribute by neighborhood composting. The atmosphere was nice and friendly. One young lady has already chosen FFE and as a part of her education she will help the project to reach the goal to motivate the people for neighborhood composting. We are looking forward to this cooperation.

Posted by Our Neighborhood Association for Sustainable Practices at 11:43

“Food for the Earth – good for all” - The Beginning 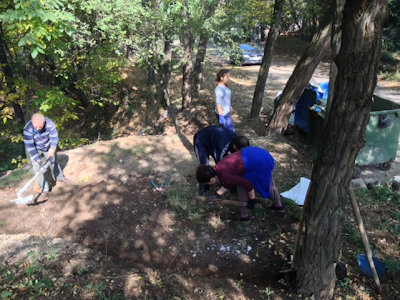 We started with cleaning up the area for the future compost site.
Posted by Our Neighborhood Association for Sustainable Practices at 12:45 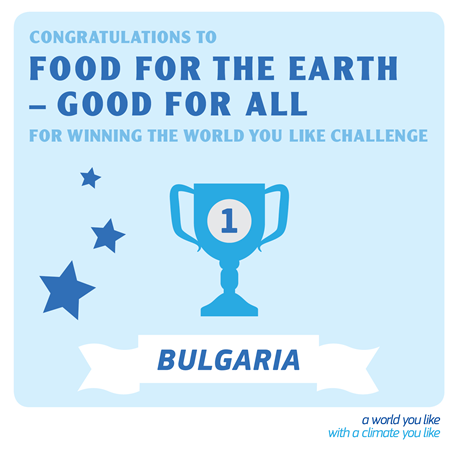 "The project creates new meeting places for the people from the neighborhood."

Our Neighborhood Association for Sustainable Practices